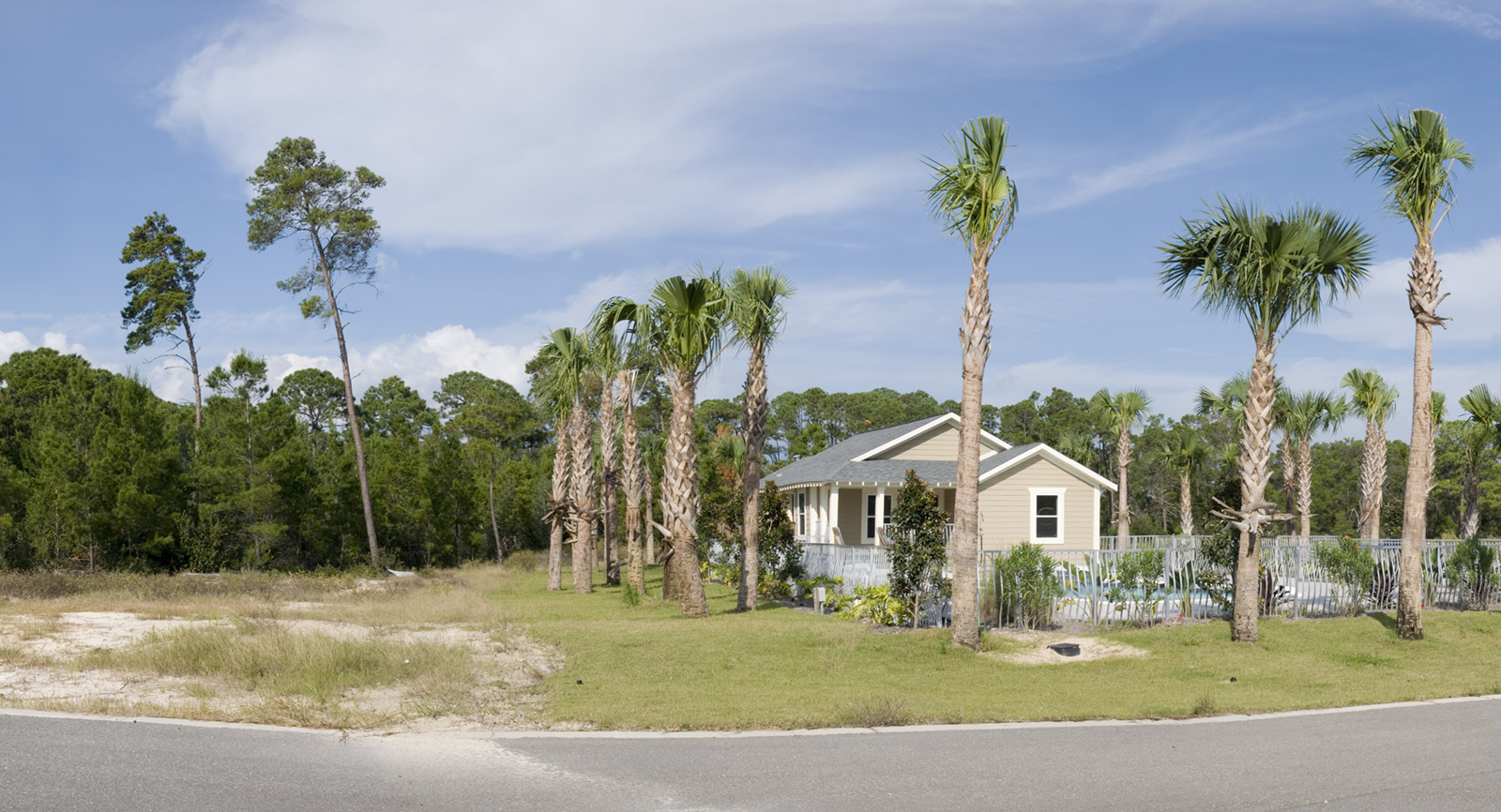 My interests focus on the issues connected with the ideas of land use and disappearance of certain environments. I explore landscapes that have reached a tipping point illustrated in humanity’s relationship to these spaces. A great example of this is the recent real estate crisis in Sun Belt states like Florida.

Florida’s inland highways are littered with signs announcing residential development opportunities, proclaiming, “ A Great Place to Live!” Sprouting subdivisions are replacing orange groves, palmettos and cattle land. These, primarily agricultural spaces have been converted into speculative housing, riding the wave of Florida’s latest cash crop. However, the idyllic roadside billboards paint a much different picture than the life in these undeveloped and ghostly instant-communities. Promises of fulfillment of the American dream crumbled since the beginning of real estate bust in 2007.

According to the Florida Department of State in 2004, approximately 1,000 people moved to Florida every day.  In addition, Larry Arrington, Dean for Extension, University of Florida, revealed in 2006 that over the next 50 years Florida’s population is expected to double to 35 million.  During this time, Pierce Jones, director of the Extension’s Service’s Program indicated more than 11 million new homes, millions of square feet of commercial space, and thousands of miles of additional roadways will be needed to accommodate the influx of new residents. However, the latest numbers from the Office of Economic and Demographic Research reveal that at the beginning of 2009 Florida population growth has come to a standstill for the first time in it’s history. This is one of the most radical demographic changes since Florida started projecting population estimates about 60 years ago.

The aerial photographs of central Florida’s arrested suburban developments create patterns of human habitation in crisis. From the air, the negative imprint of suburbia and it’s effect on nearby farmland and forests is evident. Furthermore, there is a curious absence of building machinery on these half finished sites.

By contrast, the photographs from within these abandoned developments create post-apocalyptic sentiments of nature taking back the unused and abandoned.

This project seeks to evaluate the changing landscape of central Florida by using the vantage point of aerial photography and juxtaposing it with images from within these unfinished and abandoned Cul-de-Sacs.

This project depicts a symptom of what was happening in the entire country, and it perfectly illustrates the difficulties in dealing with population growth in the entire world.