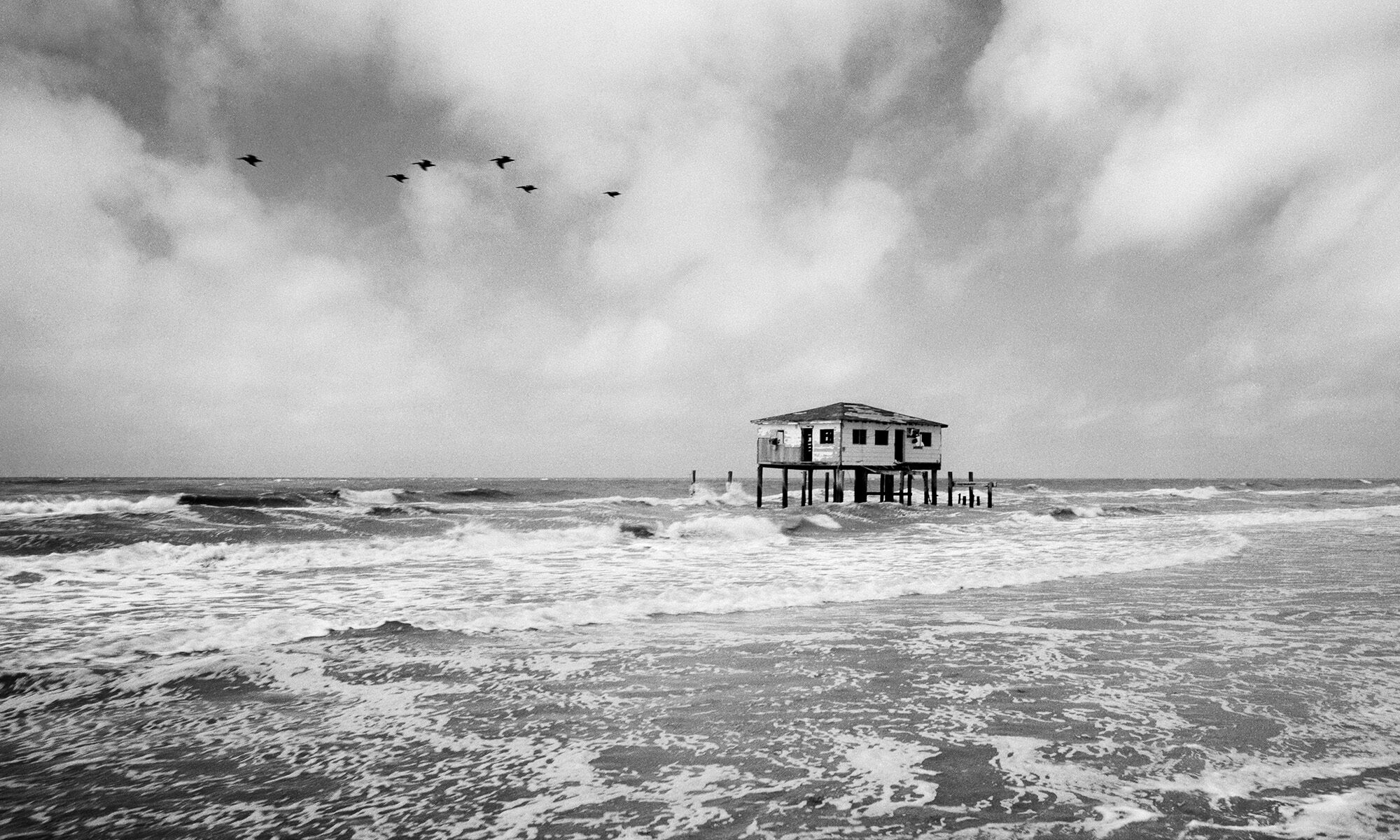 Louisiana is experiencing the highest rate of coastal erosion in America, losing about one hundred yards of land every thirty minutes- land loss the size of a football field every half-hour. The barrier islands of Southeast Louisiana are some of the youngest and most unstable landforms on earth. They average 5000 years in age, and are rapidly changing shape and disappearing due to the man-altered flow of the Mississippi delta. Timbalier Island, for example, averaged 20m/year towards Northwest, during the last century (U.S. geological survey).

During the 1800’s some of the barrier islands served as summer resorts to wealthy families from New Orleans. In 1856 a devastating hurricane hit Isle Dernieres causing great loss of life and property, and nearly splitting the island in half. Since then more than a dozen major storms, including Katrina, changed the geography of the coast. Today, most of them are sand bars with a little more than skeletal remnants of industry and a few deteriorating fishing camps. In spite of that, these Islands represent the “First Line of Defense” against large hurricanes.

Isle de Jean Charles is a historical home of Biloxi-Chitimacha-Choctaw people. In the past 60 years the community lost over 98 percent of their land due to rising sea levels and land subsidence. This process continues. In 2016 the people of Isle de Jean Charles were awarded 50 million dollars from the U.S. Department of Housing and Urban Development to fund their resettlement process. Many choose to remain on the land they occupied since 1830s. This represents the case of some of the first environmental resettlements on U.S. mainland due to recent global environmental changes.

This series of photographs represents a long-term investigation of gradual changes in wetlands geography and population in Southern Louisiana, due to human and natural activity. The global environmental concerns that place Louisiana in center of world’s attention make this project relevant and timely. Our, often adversarial relationship with the world outside ultimately reveals our inability to adapt to the natural process. These photographs set out to illustrate the results of such failed relations.